Katowice, as well as the whole of Silesia, has a very rich industrial history. Its coal mining, steel, energy sector, and railway traditions have blessed the region with over 40 places, which now come together on the popular touristic and cultural Industrial Monuments Route, with Katowice as its center. All aboard the train to the industrial history of the city!

Successfully revitalized places from this list are now associated mainly with trendy office and service spaces, periodic events, festivals, and popular restaurants. Hardly anyone knows about these places more than indicated by their names. And it’s worth knowing more because they are one-of-a-kind places, reminders of the quite recent history and traditions, which make Katowice and all of Silesia so unique.

Szyb Wilson is the shaft of the former “Wieczorek” coal mine and its history dates back to the second decade of the 19th century. After the second world war the shaft was the headquarters of the mine. In the 1930s it was named after the American President, Woodrow Wilson.

Currently, the Wilson Shaft is the largest private art gallery in Poland hosting all types of exhibitions and expositions. Its owners seek to promote young artists and present independent art. The gallery is open daily from 9 am to 7 pm. At weekends it often organizes various fairs and events. Every year it hosts a significant Art Naif Festival. It’s worth following their events on the gallery’s Facebook page, while the “no special occasion” visit to The Wilson Shaft is always recommended.

We’ve already walked Nikiszowiec with you in this article. After all, it’s one of the most popular touristic sites in Katowice. The workers’ residential area, built in the years 1908–1918 on the initiative of the steel-and-mining concern Georg von Giesches Erben for their mine workers, is the best example of this type of architecture in Europe. Designed as a self-sufficient residential estate, it was designed to provide the workers with all necessary things – including schools, inns, a church, public laundry facilities, and even shared bread ovens. All this in a consistent, yet by no means dull, architectural style.

Following many years of neglect, Nikiszowiec has finally become a real touristic gem and restored to its former glory. You can truly sense the spirit of the past walking these streets, popping into the market square, or to the City Ethnology Department of the Museum of Katowice History, where you can see historic interiors.

While Nikiszowiec is widely known and admired, Giszowiec remains its humble overshadowed cousin. And it’s a shame because it deserves just as much attention. Similar to Nikiszowiec, the estate was intended as a fully organized workers’ neighborhood. It was built in the years 1906–1910 for the industrial workers and their families, mainly the Giesche mine (later Wieczorek). The area, still surrounded by nature and forests, was to bring a breath of countryside hometowns of the miners. The houses were built in a “country-style” as well. In the 1920s a picturesque “American neighborhood”, inhabited by American workers, was also built.

In the center of Giszowiec – Pod Lipami Square – you’ll find a branch of their Cultural Center in a former inn. Next to it is the Silesian Chamber (Izba Śląska) known as “Gawlikówka” – it displays paintings by an excellent artist connected with Giszowiec, Edward Gawlik. The Silesian Chamber is open to visitors during the Cultural Center opening hours, while a walk or a bike ride around Giszowiec is always recommended, especially in sunny weather.

The Zink Metallurgy Museum Walcownia – The Rolling Mill is another place on the Silesian Industrial Monuments Route. The museum is situated in the former rolling mill building, which is the largest post-industrial hall in Silesia. It’s available for tourists and its impressive size testifies to the steel-making tradition of the region, which provided work for generations of its residents.

The Rolling Mill was built next to the Bernhardi Steel Works and the Szopienice–Siemianowice railway route in order to ensure regular supplies and facilitate the shipment of finished sheets. In the main hall, there is a machine exhibition where you can see an original manufacturing process and imagine the extent of production. The museum also holds former measuring devices, power sources, and even motorcycles.

The Museum is closed on Mondays. On other days it’s open from 10 am to 6 pm. A regular ticket costs 19 PLN. The place also hosts numerous themed events and festivals. For their current program visit walcownia.muzeatechniki.pl/en-2.

Built at the turn of the 20th century, the Porcelain Factory was initially founded as an animal feed factory. In the second decade of the 20th century the “Porcelana Giesche” factory was built, it was nationalized after the second world war, and renamed the Bogucice Factory in 1952. It closed down in 1994, and the production was taken over by Porcelana Śląska [The Porcelain of Silesia]. Although porcelain is not produced here anymore it’s still timeless, and the traditional Bogucice china can still be found in many Silesian homes and is well recognized by its residents (more about the Silesian porcelain brand can be found here).

Due to the successful modernization, the premises serve as the location of numerous companies, services, and office spaces. There’s also a restaurant and an alternative music stage. Ceramic enthusiasts should visit the company store where you can also see an exhibition dedicated to traditional products. Happy with your shopping, it’s worth taking a walk around the former factory and marvel over its unique charm.

Anyone who has ventured on the “journey” following the Katowice attractions must have found their way to the Silesian Museum. Although this iconic place has only recently taken its current form, it’s permanently counted among the monuments of Katowice (and Silesia). We have, therefore, indicated it as a “must-see” of Katowice before.
If you haven’t seen it somehow don’t step off the Industrial Route just yet, and finish your trip in this very place. To know why it’s worth a visit and what you may find there, read this article. 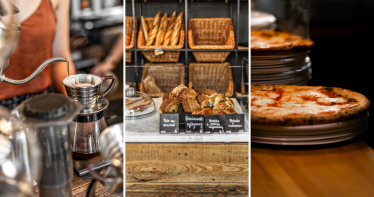 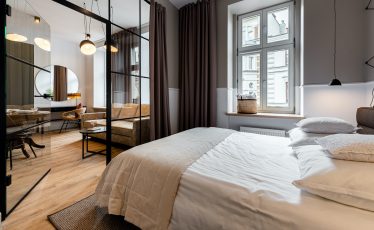 Beiges, browns, golden shades of sand. Earth tones sneak into interiors, oust the Scandinavian greys, and appear in all the current designs. Why do we like earthy shades, how do you fit them in an interior, and why are they here to stay? Have you noticed that earthy colors are increasingly common in interiors? They […]