What shape is Katowice? The characteristic architectural designs have made this place special in its form, delightful to some, surprising to others. It will leave nobody indifferent. We encourage you to discover (or rediscover?) the city.

In order to understand the specifics of Katowice’s architecture, it’s worth considering its very industrial history. The urban plan of the city resulted from its rapid development in the 19th and 20th centuries when the villages and housing estates started to expand.

One of the most modern “old towns” in Poland and the lack of a typical medieval center could be perceived as a disadvantage in some cities, but Katowice puts up a good fight! A successful marriage of the post-industrial architecture and modernist buildings with Art Nouveau accents and rewarding investments of the recent decade escapes stereotypes.

We’re Katowice’s biggest fan. Some time ago, we invited you on a trip to the one-of-a-kind Spodek, the brilliant Culture Zone, and the brick-red Nikiszowiec. It’s time for another architectural walk with your head held high.

Our trip starts in the Tysiąclecie estate. Taking Chorzowska Street towards Chorzów, before our eyes arise the apartment buildings, towering in the horizon. They are Kukurydze [The Corncobs], one of the famous shapes of Katowice.

The buildings belong to Osiedle Tysiąclecia [The Millenium Estate], also known as Tauzen (Silesian for “thousand”) – the largest residential estate in Katowice, home to 2000 people. They used to be the tallest residential buildings in Poland and still remain in the top ten of the highest in the country (surely in Katowice).

The architects, Henryk Buszko and Aleksander Franta, designed the estate with an octagonal plan, providing for better ventilation and access to daylight. In reference to the Marina City skyscrapers in Chicago, the characteristic rounded balconies make the buildings look like corncobs – in Polish “kukurydze”.

In order to see the buildings from a different perspective, it’s worth taking a walk along the main route of Park Śląski [The Silesian Park]. You can also get on the Elka cable car and enjoy a bird’s-eye view. Stand close to a “corncob” building and look up – the perspective is impressive, especially against a clear blue sky.

Off we go to Katowice Zawodzie, directly to the Walentego Roździeńskiego estate. Here, the landscape is crowned by the popular Gwiazdy [The Stars].

Seven residential buildings, named after their specific shape, were built on an eight-pointed star plan. This solution allowed to fit in more residential apartments than in a traditional rectangle of the same area. Also, they are the second highest – after The Corncobs – residential buildings in Katowice (27 stories). The buildings were designed by Henryk Buszko and Aleksander Franta (the architects of The Corncobs as well), together with Tadeusz Szewczyk.

The Stars are easily noticeable from the city center, but the best view is in one frame by The Silesian Museum. It’s worth taking a walk towards the Culture Zone to see The Stars from this perspective.

If you’d like to see a few archival photographs, find them at: https://dziennikzachodni.pl/osiedle-gwiazdy-w-katowicach-na-archiwalnych-fotografiach-czy-bardzo-sie-zmienily-zdjecia/ar/c3-13072129

From the Culture Zone we are heading for the very centre, towards the popular Roundabout – Rondo im. gen. Jerzego Ziętka.

The primary hub of the city, where all the main routes meet, features an interesting architectural design – a dome, covering half of the roundabout area and reaching almost 14 meters in height. It’s made of steel construction fitted with glass. The interior of this three-storey dome was designed by the Katowice Academy of Fine Arts – two levels are dedicated to its Roundabout Art Gallery. The dome also houses a restaurant and a club.

With the passing of the day, it’s worth noticing the light playing on the glass surface, as the sun rises in the morning and then sets towards the evening. Moreover, after dark the dome is lit by 115 lamps, with the color dependent on the temperature and the season of the year. Mixed with the reflected lights of the city it makes an incredible colorful composition.

We’re taking a stroll towards the Market Square, happening upon a Katowice phenomenon – Superjednostka [The Superunit]. Considered a blemish on the city by some, and adored by others, it’s surely the main icon of modernist Katowice.

Designed by Mieczysław Król, this building is one to the largest residential buildings in Poland – 17 stories, 61 meters high. It constitutes an independent estate, which was intended as self-sufficient and was therefore supposed to house a health center, a day care center, and a retail sale and service center. Built on ferroconcrete legs, the building was meant to be wind and shock-resistant as well.

The architectural style of The Superunit is referred to as late modernism. Interestingly, when the French president Charles de Gaulle visited Poland in 1967, he compared this building to the Marseille residential unit (Unite d’habitation), designed by the famous architect, Le Corbusier.

Should you have the opportunity to visit the top stories of this building, notice that the lifts only stop on every third floor. Our favorite Superunit view is from the opposite side of Korfantego Avenue – it allows you to see the full width of the building.

This department store has become a symbol of the post-war revival of the city. Designed by Jurand Jarecki and Mieczysław Król, it was put in use in the early 1960s. The building was a gem of Katowice modernism, while its bold design solutions raised much controversy. Time has shown that Zenit perfectly matched the urban fabric becoming one of the icons of the city.

At the time, besides the unconventional facade of the building, its interior was quite innovative as well. All the installations and lighting were hidden in the suspended ceiling, creating a maximally open commercial space.

In its prime, Zenit was a synonym of modern architectural thought and had an air of the great West. As the new shopping malls arrived, the store has (irrevocably?) lost its appeal.

Although the popular Zenit raises much less emotions than before, it remains one of the greatest symbols of the city, while its retro neon logo still towers above the Market Square.

We are walking across the Market Square and stop in front of a decade younger, but equally famous department store, Skarbek [eng. The Little Treasure].

Owned by the “Społem” Cooperative from the very beginning, Skarbek was considered a luxurious shopping place and paved the way for other large format service establishments.

The design by Jurand Jarecki (an architect of Zenit as well) was kept in the style of post-war moderne. Its famous tooled facade was made of metal sheet imported from France.

Despite the mushrooming of Katowice shopping malls, there are still commercial operations in Skarbek, The ground floor houses a renovated delicatessen, and on the higher levels you can buy women’s and men’s clothing or household articles. In recent years, the Skarbek facade has been through a long-needed modernization. The metal shells were replaced, but retained their original shape.

In the autumn of 2019, Skarbek shone its new neon – one of the largest in the region. It was inspired by the former sign, which decorated the building in its prime. It’s worth walking around Skarbek at sunset and admire the light reflected in the metal shells and the illuminated neon.

If you’d like to see a few archival photographs, find them at: https://katowice.naszemiasto.pl/skarbek-w-katowicach-archiwalne-zdjecia/ga/c3-2045230/zd/7126074

It’s a short walk from the Market Square. Turning onto Dworcowa Street, you’ll see the buildings of the Old Railway Station.

Its history goes back to the 19th century when the oldest part was built. The pavilions added in the early 20th century have Art Nouveau shaped roofs typical of their times. Although the station was constructed over different architectural periods, its style is described as historical modernism.

The Station used to be the most important railway hub of the region and the showcase of the city until the end of WWII. Then it was decided to build a new station in response to the increasing passenger demands. The Old Station was eventually closed after the new one’s completion in 1972.

Although the structure was still listed as a monument in the 1970s, it stood neglected for several decades, passing from hand to hand. In 2016 an overall reconstruction started in the section dedicated to office and service spaces. Walking past, slow down and take a good look, also at the non-reconstructed part, which still has some undeniable appeal.

The Most Beautiful Old Towns in Silesia Province. 6 Must-See Cities For Summer

Silesia isn’t usually associated with picturesque medieval market squares or colourful historic buildings. Unrightfully so, as the cities in Silesia enrapture one with their history and architectural beauty. Learn more about the most magical old towns in our region!  In search of touristic beauties we visited many cities in our province. We’ve popped into museums, […] 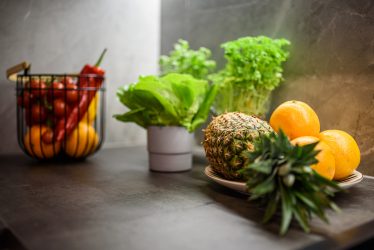 Do You Know How To Be Less Wasteful? 7 Ways To a “Less Waste” Household

The “less waste” idea involves producing the least amount of waste to land in your garbage bin as possible. Sounds easy enough, but how to turn this increasingly popular slogan into real action? Here are some tips. Google trends show that interest in the “no waste” (aka. zero waste) topic has risen four times over […]

A properly selected color can be relaxing or on the contrary – energizing. One will give the impression of cosiness, another can make the room optically bigger. Do you know how to decorate your interior based on aesthetics as much as it’s purpose? Choosing paint for your walls seems easy enough – point to your […]